Really loved the atmosphere and art style in this!

A lovely, bite-sized experience that had me surprisingly engaged - a pleasant surprise, I mean. Your tasteful and inspiring character designs fit in perfectly with the world - they really add so much to the experience. Cheers to your next release!!!

EDIT: Stupidly chucked the pumpkin into the sea, lol.

Very good game by Bynine, worth checking out and speedrunning. MoonrunesV2 is a cutie.

absolutely loved this! there are so many more layers to this game than you may initially expect, which is what makes a game by bynine so delightful!

Generally, I tend not to go for this game genre, but it was a real treat to see your excellent artstyle juxtaposed with this interesting 3D Unity game world. I was surprised to find myself getting stuck for a little while in the middle of the "game" and having to think about what I could have left undone. As usual, the characters line right up with your classic whimsical style and were interesting to meet and interact with. I also had some laughs about the jack-o'-lantern that got in the way of most of my screen as I obsessively carried the stupid thing around, trying to see if I could find a place to make use of it.

I'm not entirely sure, but I had the ability to repair the bike before finishing the "game" and getting the ending screen, and that has me curious as to whether that was intentional or a sort of sequence break. I wasn't about to try and end the game early, but I wouldn't be surprised if you had some nasty game-over screen cooked up if I tried to leave before doing everything else that was left to be done.

Oh, and one more thing... Happy birthday! I hope today has been going well for you, and I wish you many more to come!

hey, thanks so much! i'm glad you enjoyed it. if you'd left on the bike before "100%ing" the game, the ending would feature a shadowy specter...

and i wish you best of luck in the future, with your creative endeavors as well! 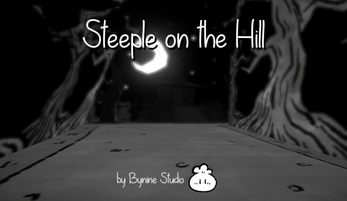 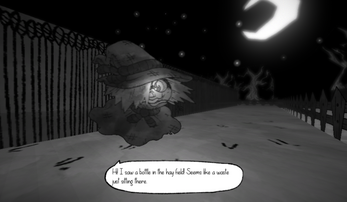 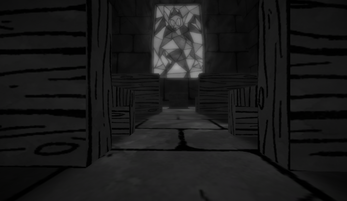